For five days a bunch of us flailed the northern Minnesota waters for Walleye, Northern Pike, Bass, Crappie, and whatever might bite. We caught fish, had fish fries, and told stories. Some mornings the frost was heavy on the boats and frozen to the touch in the below freezing weather. I would have to say we caught a lot of little fish and a quite a few to eat. Some have even said that this COFA fish camp is a “best kept secret.”

Here we are folks, it’s hard to get smaller than that!

Then there are others not so bad… 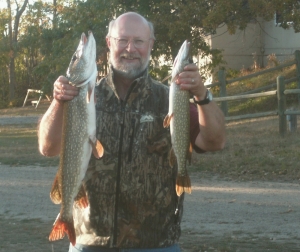 Ya!, now it’s warm out and the wind has died down. The bigger fish have turned on and it’s only a small window of time this will happen. I caught the small one’s and a nice mid-size pike among some real monsters feeding (judging by the swirls over the weed bed). Next year we will hit the window guys!

Timing the windows of opportunity; fishing, job, selling the house, and life in general. We just don’t know do we? I know that God knows but he doesn’t always tell us these details. For now, I will run fish camp four days later next year and see which windows are open. However, In three minutes I promised my wife a date and I’m not going to let that window close on me!!!